Star wars is a huge franchise and it’s getting expanded in to a whole new level in the near future. As we all know, Disney acquired LucasFilms and therefore rights to Star Wars universe back in 2012. A move that actually angered the fandom as the sequel trilogy released. Now, while the movies where a disappointment to say the least, Disney has made efforts to improve the franchise.

We already got the final season of the beloved Clone Wars series. On top of that we have the Mandalorian, new comics and lots of new stuff coming soon. Maybe one of the biggest things that we wait for is the Kenobi series.

As there are so many new titles coming out in the near future, we decided to list some of our most anticipated favorites.

One of the most influential games in RPG genre was the SW:KOTOR that was originally supposed to be a trilogy. In the end the third one was cut out and we were left with 2 amazing games. The story, the details, the impact of different choices and characters. Those are the things that made it something divine. Of course after Disney bought LucasFilms that story was nothing more than just a fanwork so to speak. This is because everything else than the original films and those made/sanctioned by Disney is deemed non-canonical.

However, as these couple of years have proved, Disney is making step for a brighter tomorrow for the franchise. At the same time trying to bury the literal cinema hellhole that was the sequel trilogy.

So, KOTOR is now getting remade into more up-to-date devices with better graphics and such. This is big news for the fandom, unless it’s going to be something similar to that of Warcraft III remake. That was horrendous and nothing even closely related to the original.

Say what you may, but ashoka has always been an important character in the universe far far away. Of course in the Clone Wars movie and at the start of the series Ashoka was unbearable. This however was intentional as Faverou wanted to have a masterful character development for her. That decision proved to be a good one as it also gave us some background to Anakin’s feelings towards the Jedi Order as well.

We also saw Ashoka in the Mandalorian series which as you know has been a joyful experience for us all. Now she’s getting a series of her own which was announced last year. She will be played by Rosario Dawson, who we saw playing Ashoka in Mando as well.

The Book of Boba Fett

Much like The Mandalorian, the series will follow a main story and some side missions as Boba Fett makes his return in to a more prominant role in Star Wars. Not much else is known about the series itself beyond this and its december 2021 release.

Rogue Squadron is an upcoming Star Wars film that carries the name of the nostalgic Star Wars arcade game. Little is known about the movie but as the name suggests it will be about fighter pilots. Also we do know that it’s highly unlikely that it would set in the Empire’s timeline. This is due to Disney’s statement to branch out of the original timeline completely. The movie is set to release in December 2023.

Yes, the one us and you have been waiting for is just around the corner. This Star Wars project has been around for a while. At first it was supposed to be a movie, the a series, then a movie and finally the miniseries that is about to be released.

It has been too long since we have seen the iconic due back at it again. We are now talking about Hayden Christensen and Ewan McGregor.

Who doesn’t love dear old Obi? Although it was known that Ewan would take the mantle of Obi-Wan right from the start, his counterpart was a bit of a surprise.

Kathleen Kennedy who is both loved and hated (it’s complicated) announced a while ago that Hayden would be joining as well. This was huge and to be honest, about time he got back into action.

We are posting daily about games and tech but also we like to mention these kind of projects as well. If you wish to see more articles about movie/tv world in general, we suggest to visit our finnish site here. 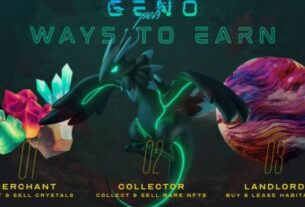