Fortnite is no doubt one of the biggest games out there and has been for quite some time now. The publisher has made many moves to keep the game alive and to grow its popularity even more. These actions include skins, weapons, maps changes, seasonal items, events and much more. There’s also been many special game modes inside the massive Battle Royale itself.

Now of course saying that a game is copying something isn’t really news. Every single game has their mechanics copied from some other game. For example Fortnite was inspired heavily by PUBG and the latter actually threatened to sue Fortnite. We all can see how stupid that sounds like. Even more so when we know that you can’t really put a trademark on a whole genre. Battle Royale has its roots in Arma 3 and 2, both of them are more of a gaming platforms than standout games nowadays. The gamemode or genre that we are talking about was actually player-made mode in Arma and thus it really isn’t owned by anyone.

Fortnite as a game doesn’t look or feel like PUBG at all. It has its own environment altogether. But now, back to the real subject. Fortnite has occassionally added stuff to the game without permission. Like someone’s “catchphrase” dance moves. Character skins, easter eggs of real stuff and the list goes on and on.

Now they have added a new game mode called Impostors. You don’t have to think long before you realise what’s the catch in this one. Yes, they have basically added the whole idea of Among Us into their game. The devs of Among us, the indie studio that was surprised af when their game hit the literal roof of internet have expressed their opinion of this move by Epic Games.

When we heard about this, we were just as shocked as the devs of Among Us. Like, Epic Games isn’t even trying to hide the fact that this is just a direct copy. The gameplay is the same, it has more or less the same name, the only difference is the looks. Now is this ethical? Not really, no. Is it legal? Well that depends whether or not Innersloth is taking this to the court and how that goes from there.

More news from the gaming world is brought to you daily by Carnival News. 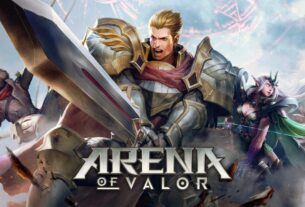