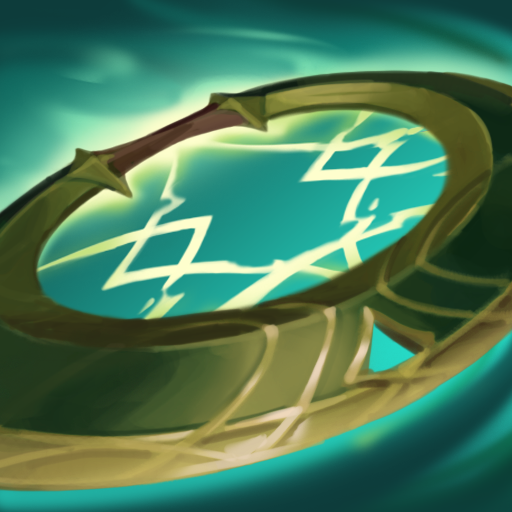 Objective Bounties activate only when a team is sufficiently behind and are highlighted on the minimap for both teams. If a losing team takes an objective with an active bounty, every member of the team receives the objective bounty gold, split amongst the team.

Objective Bounties are calculated based on four factors: XP lead, Gold lead, Dragon lead, and Turret lead. The base amounts of additional gold gained by taking an objective with an active bounty are as follows:

As the losing team falls farther behind, these base amounts can increase by up to an additional 60%.

Objective Bounties have a 15 second warning period when coming online and a 15 second lingering duration when falling off. This time can be extended if the losing team remains in combat with an active Objective Bounty.

Crown of the Shattered Queen

o    You are Safeguarded, reducing incoming damage by 50%. Safeguard persists for 1.5 seconds after taking champion damage.

o    Repentance: After Immobilizing champions or being immobilized, cause that target and all nearby enemies to Repent increasing the damage they take by 12% for 5 seconds

o    Immolate: Taking or dealing damage causes you to begin dealing 12 + 1% bonus magic damage per second to nearby enemies (increased by 25% against minions and 150% against jungle monsters) for 3 seconds

o    Snowbind: Attacks create a frost field for 1.5 seconds and deal magic damage to all enemies in the area. Enemies that move across the field are slowed

o    Active – Supercharged: Grants 40% move speed towards enemies or enemy turrets for 4 seconds. Once near an enemy (or after 4 seconds) a shockwave is emitted that slows nearby champions by 50% for 1.5 seconds (90s cooldown)

o    Refuel: Moving and dealing damage fills up the Chemtank. At 100 stacks, your next basic attack deals magic damage to all nearby enemies (increased by 25% against minions and 175% against jungle monsters)

o    Mana Charge: Strike a target with an Ability or Attack to consume a charge and gain 3 bonus mana, doubled if the target is a champion. Grants a maximum of 360 mana at which point this item transforms into Fimbulwinter

o    Everlasting: Immobilizing or Slowing (melee only) an enemy champion consumes 3% of current mana and grants a shield for 3 seconds, absorbing damage. The shield is increased by 80% if more than one enemy is nearby

o    Refresh: Whenever a Champion dies within 3 seconds of having a damaged them, refund 25% of your Ultimate Ability’s total cooldown

o    Damage to champions benefits from 10-20 Magic Penetration based on the target’s current Health. (Max value at 1000 or less health, Min value at 2500 or more Health)

o    Gain the max Penetration if the target was recently affected by Shields.

o    After damaging champions with 3 separate Attacks or Spells, gain 30% Move Speed (decaying to 15%) and 40 Ability Power until leaving combat.

o    Convert 2% of your bonus Health to Ability Power

o    (Toggles can restore the same amount per 1 sec)

o    Active – Pledge: Designate an ally who is Worth

o    Sacrifice: While your Worthy ally is nearby, redirect 10% of damage they take to you and heal for 8% of the damage dealt by your Worth ally to Champions. If they have less than 30% Health the damage reduction is increased to 20%

Note: First Strike will be coming to PBE a little later! Stay tuned.

We believe that the first Rift Scuttler spawn is too impactful in deciding the outcome of the early game, so we’re reducing its importance and resolving the encounter more quickly. Now that it’s squishier, you or your enemy can defeat it more easily and, in short, back off to safety sooner.

The first Rift Scuttler will now have 35% reduced health, grants 80% reduced XP, and has been slightly reduced in size to match its lower value.