As the temperature drops and night expands its reach over the land, the world of Aura Kingdom has become a bit spookier for the start of The Hauntings of Azuria. Monsters, wolves, and the undead have popped up and it’s up to the players to fight them off. Doing so will not only return peace to the land, but heroes will be handsomely rewarded for their valiant efforts.

About gamigo group
The gamigo group is one of the leading publishers of online and mobile games in Europe and North America. The company’s diverse game portfolio includes free-to-play titles such as ArcheAge, RIFT, Trove and Aura Kingdom, as well as the recently launched buy-to-play game ArcheAge: Unchained. Counting more than 400 employees, gamigo group is one of the largest players in the gaming industry. Besides its 4 German locations in Hamburg (HQ), Berlin, Cologne, and Darmstadt, the gamigo group also has branches in Istanbul (Turkey), New York, Redwood City, Austin, Bellevue (US), and Seoul (South Korea). In addition to gamigo AG, the group includes the subsidiaries gamigo Inc. and also operates as WildTangent, Aeria Games, Verve Group and Mediakraft Networks and as the brands Infernum, Intenium, Looki, and Poged. The company strives to grow not only organically, but also through acquisitions. Since 2013, it has made more than 25 acquisitions, including titles, gaming and technology companies as well as individual game assets. 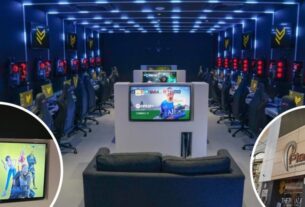