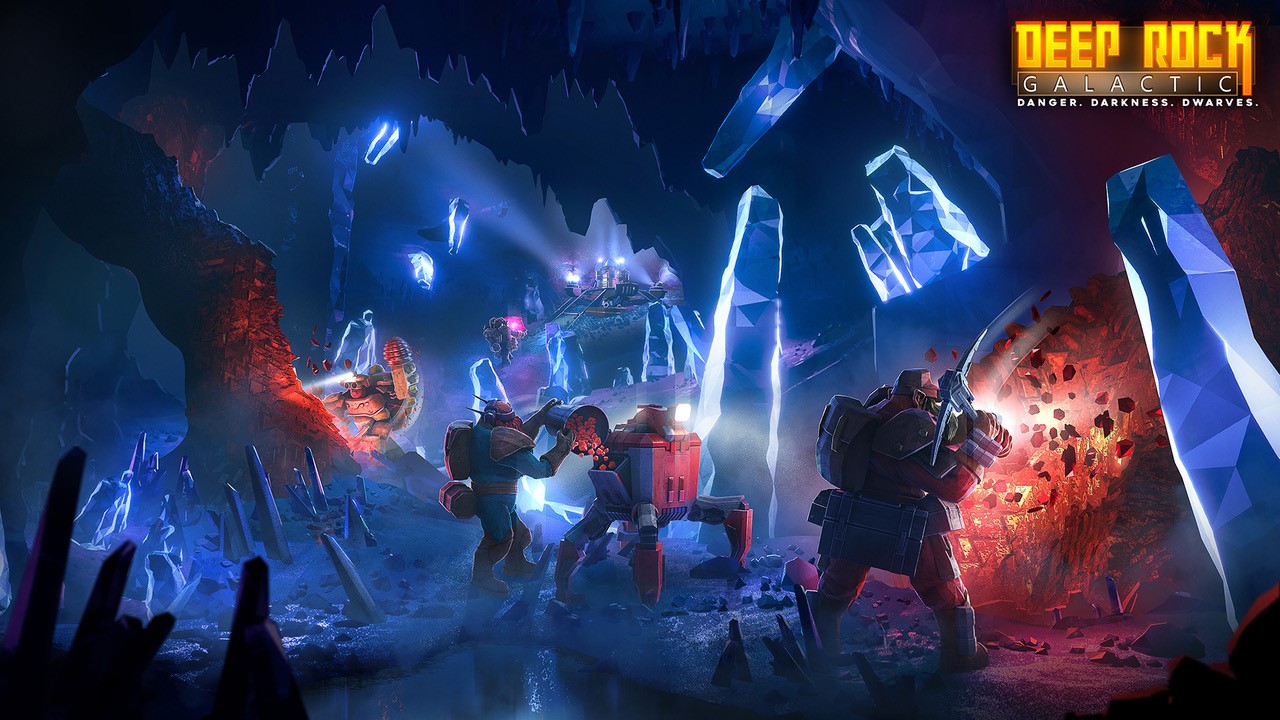 SKÖVDE, Sweden – November 10th, 2021: Coffee Stain Publishing and Ghost Ship Games have today revealed Deep Rock Galactic, the co-op first mining FPS, has sold over 3M units on Steam and Xbox One! In addition, this month saw the alien dwarf shooter achieve a new peak CCU of over 40,000 players, and break its previous daily active user peak, attracting over 233,000 on 7th November 2021. The success comes following the launch of Season 01 of the ‘Performance Pass,’ as the game moves into a new free seasonal content model to better engage the loyal Deep Rock Galactic community whilst also appealing to new players.

Since launch, Deep Rock Galactic players have in total spent 125 million hours in Hoxxes, and alongside the 3 million base game sales, fans have purchased over 1.4 million DLCs. Known for having one of the most passionate and welcoming communities in multiplayer gaming, Deep Rock Galactic has also seen significant critical acclaim. In 2020 it received a slew of accolades including two SXSW Awards for Indie Game of the Year and Excellence in Multiplayer, and was shortlisted for a BAFTA in the Multiplayer category.

“The way Ghost Ship Games operates is remarkable. It has been an uninterrupted pleasure joining them on this journey so far, and by all accounts we’re nowhere near done,” said Albert Säfström, CEO, Coffee Stain Publishing. “The shift to seasons seems to have resonated with our players, and the newly expanded community has so much more to look forward to.”

“When we launched into Early Access at the start of 2018, we wouldn’t have suspected that we’d be reaching new peak CCUs and sales milestones at the end of 2021!” Said Søren Lundgaard, CEO & Co-Founder, Ghost Ship Games. “We’ve always developed Deep Rock Galactic alongside our community, and the new Performance Pass was squarely aimed at giving them more ways to play, for a longer period of time, so we’re delighted this has also resulted in such a major milestone for us.”

Deep Rock Galactic Season 01 is available on Steam today, and will launch on Xbox and Xbox Game Pass on the 18th November.

Deep Rock Galactic is available to purchase now on Steam at a 50% discount, and on Xbox One, Microsoft Store and Xbox Game Pass.

Ghost Ship Games is a Danish game development studio, founded in the spring of 2016 by a group of veteran game developers after years of working together. Ghost Ship Games’ motto is simple: Co-op First. The goal is to take co-operative gameplay to the next level and to make great games, focused on the core gamer. For more information about Ghost Ship Games, please visit: http://www.ghostship.dk

Coffee Stain is a game development studio, publisher and investor with offices in Skövde, Stockholm, and Gothenburg. Founded in 2010, Coffee Stain Studios is responsible for ridiculous global sensation Goat Simulator, the Sanctum Games, and the otherworldly factory builder Satisfactory, currently in Early Access. Coffee Stain Publishing was founded in 2017 to find talented developers and give them the tools and time to make their dream games. Since launch, the publishing arm has handpicked a select number of projects to partner with including Deep Rock Galactic, critically acclaimed retro arcade platformer Huntdown, and new indie triumph Valheim, currently in Early Access on Steam. In 2018 Coffee Stain launched Leveling the Playing Field (LTPF) to support gender equality in the games industry, which offers funding to smaller and start-up development teams where at least half of employees are women. In 2020, LTPF expanded by broadening its criteria to include underrepresented races and ethnicities. Read more at https://www.ltpfgroup.com/.

To find out more about partnerships and opportunities with Coffee Stain, visit: